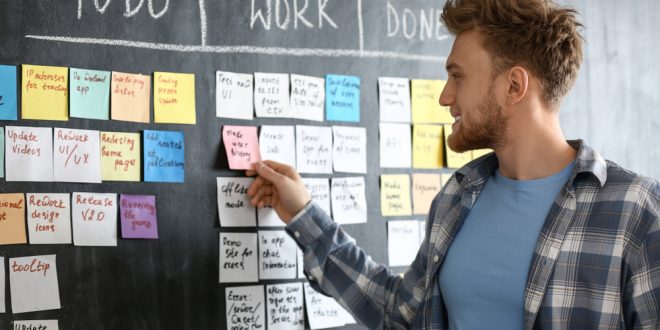 How to Teach Your Children Respect

There is no shortage of productivity techniques that aims to make our workflow smoother and more efficient. However, the Japanese have a different approach when it comes to productivity.

We all know that the Japanese tend to be strict when it comes to “time” management, and this shows even at the workplace. Well, maybe lesser so these days, but the Japanese people have always had efficiency and lean operations in their DNA. That may be the reason why many important productivity ideas were developed here in Japan and not elsewhere.

The world can learn a thing or two on how the Japanese approach productivity at the workplace. Below are three productivity techniques that the Japanese have developed and are recognized by many as groundbreakingly simple yet effective.

The word Kanban (看板) means “billboard” or “signboard.” Toyota’s industrial engineer Taiichi Ohno designed this method in the 1940s to maximize the factory’s daily output. This project management technique took its name from the “board” that the factory used to track manufacturing stages. Overtime, it became a standard technique in improving productivity and output in virtually all workplaces.

How does it work? Ohno developed a linear method/process to prevent bottlenecks in production. Individual tasks are represented by digital cards and move from left to right through a set of columns. Usually, Kanban is composed of three columns that represent different stages of the project: “To Do”, “In Progress” and “Completed”.

Below the three columns is the list of all the tasks that people are currently working on. This productivity technique immediately shows the status of every task at a glance. People can easily see which projects or tasks are taking too much time to finish. This motivates individuals to move the tasks they own to the “completed” column.

Kanban is a productivity technique that can be used not only in the workplace but also in virtually any group that are handling multiple projects, such as schools and homes. There are various project management apps using the Kanban method like Trello or if you want to go analog, all you need is a whiteboard or a corkboard and sticky notes.

This Japanese productivity concept was first documented in Japanese businesses after World War II. The world came to know the concept partly because Toyota heavily adopted it in its manufacturing processes. Some even called it the “Toyota Way” – which is a set of principles and behaviors adopted by the automobile company defining its production and managing systems. The Toyota Way denotes a framework for individuals to constantly improve their work.

To apply kaizen is to eliminate waste and redundancies in the process thereby making it leaner. The ultimate goal is to be more efficient incrementally. Either by doing things better and faster, the Japanese aim to “improve” the process each time they do the task.

An improvement of 1% is not noticeable at first; however, if the system or person improves every day, the compound effect will be evident over time.

Kaizen can also be applied to different environments outside the business and production. The kaizen philosophy can improve anything that involves a process. For example, world-renowned master sushi chef Jiro Ono applies kaizen in his life’s work:

“I do the same thing over and over, improving bit by bit. There is always a yearning to achieve more. I’ll continue to climb, trying to reach the top, but no one knows where the top is.” The same is true for people who wish to improve themselves–small incremental improvement is enough to move the needle in our favor.

Make no mistake, this does not mean spinach! Ho-Ren-So is an abbreviation for Hōkoku” (報告, to report), “Renraku” (連絡, to inform) and “Sōdan” (相談, to consult). It is a general rule in Japanese workplaces for smooth communication. Ho-Ren-So was first coined by Tomiji Yamazaki, the ex-president of Yamatana Security firm, in the 1980s. The idea spread throughout Japan through his book, “Strengthen your company with Ho-Ren-So”.

“Hokoku” means to report the result of a process or business dealing. It’s a must, particularly, to report a mistake or trouble encountered at the workplace. “Renraku” means to inform the facts to the relevant parties in order to move forward. Lastly, “Sodan” means to consult with relevant authorities. In Japanese companies, superiors give advice to their subordinates so they can come up with a better decision.

One of the benefits of Ho-Ren-So is that a firm can resolve its problems quickly and prevent it from happening again in the future. Moreover, all team members can take ownership of the tasks if they’re just properly informed.

============================
Do you want to increase your productivity in all aspects of your life, not only for yourself but also at work and for your relationship? Ikigai Notes (IN) is an integrated planner that enables you to manage all your life tasks and discover your true purpose in life—your Ikigai. With Ikigai as its conceptual framework, Ikigai Notes encourages its users to deal with their main tasks in life: to improve one’s Self; to build meaningful Relations; and to engage in meaningful Work. IN is highly recommended for artists and professionals who not only want to be productive at work, but also want to have more balanced meaningful life.

Having Multiple Ikigai is Good for Your Health and Longevity

Do you know your purpose in life? What makes you get up in the morning …

Get our Free Goal-Setting Ebook

You can't fix a relationship overnight.

Be patient, be consistent, and do one thing everyday that can move your relationship forward.

In any relationship, it's crucial to find a balance between independence and interdependence.

This website uses cookies to improve your experience while you navigate through the website. Out of these, the cookies that are categorized as necessary are stored on your browser as they are essential for the working of basic functionalities of the website. We also use third-party cookies that help us analyze and understand how you use this website. These cookies will be stored in your browser only with your consent. You also have the option to opt-out of these cookies. But opting out of some of these cookies may affect your browsing experience.
Necessary Always Enabled
Necessary cookies are absolutely essential for the website to function properly. These cookies ensure basic functionalities and security features of the website, anonymously.
Functional
Functional cookies help to perform certain functionalities like sharing the content of the website on social media platforms, collect feedbacks, and other third-party features.
Performance
Performance cookies are used to understand and analyze the key performance indexes of the website which helps in delivering a better user experience for the visitors.
Analytics
Analytical cookies are used to understand how visitors interact with the website. These cookies help provide information on metrics the number of visitors, bounce rate, traffic source, etc.
Advertisement
Advertisement cookies are used to provide visitors with relevant ads and marketing campaigns. These cookies track visitors across websites and collect information to provide customized ads.
Others
Other uncategorized cookies are those that are being analyzed and have not been classified into a category as yet.
SAVE & ACCEPT